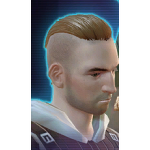 On Request and question

Great job your doing so far. Hope you will continue to work here. I merged Oiolosse with Taniquetil as you requested. Any thoughts on this Forum:Articles to merged? Looking for votes so I can wrap up some of those things and merge them. (look for those that have not already been merged)--DarkLantern 23:09, September 20, 2010 (UTC)

Battle of the Crossings of Poros

The Battle of the Crossings of Poros was a real battle that took place in TA 2885 South Ithilien at the Crossing of Poros or Fords of Poro, and was fought between Gondor and their Rohan allies. The Steward Túrin II was aided by Folcwine and his two sons Folcred and Fastred, who fell in that battle.

Sources of that information

I would say that the article may need to be re-written and there maybe some embellishments of how it happen and so on but it was a real occurrence.

RE: Timeline of Arda

Sorry, but Monaco is over. If you followed Community Wikia's blog, you would have seen the disaster unfold. Solely regarding your question, Monaco has been taken down because it would be inefficient keeping two major skins open. You can change to Monobook of course, but no one really likes Monobook. The past few days have been frantic for myself and other Wikia admins. I have altered the skin on Ologypedia to the least revulsive of the new designs (not bad really, suits the current alien theme), talked another user out of destroying their wikis, and delivered advice to anyone who needs it, or rather everyone. I think that you will get used to it in time. I've started to enjoy my Alien skin. My advice is to stay with us and keep up the excellent work. I will contact DarkLantern for you and ask him to run something up on the Theme Designer.--Wyvern Rex. 18:59, November 3, 2010 (UTC)

-Oh, Thanks! Well but still I think I should get some new layouts...The New wikia layout is so bright that I almost bleed from the eyes...and although the editing is all sofisticated there's no side bar(left wing) and I can't even find "Recent Changes"....And the Monobook well it has some kind of sidebar and although a bit weird it still is useful but then the edit is all embed and to put a simple picture took me like 15 minutes (had to learn from other page: size, description, side....-God!)..not even to mention the time that takes me ending the whole page..can't even imagine how many time it will take to create a table :o.....

I guess if I don't find a new layout, I'll have to use these both(the New for editing and the Monobook to see news and other things arrgh)

Ideally, the new look I have asked for from DarkLantern will incorporate more subdued tones. Have you tried WikiActivity for recent changes? Alternately, MyTools, add tools, search for Recent Changes and add.--Wyvern Rex. 09:11, November 4, 2010 (UTC)

Thoughts on timelines and dates & rewrite of article

Just a few thoughts for you.

The Timeline of Arda could use a lot of work and since you've shown great interest in the dates you might want match those with the timeline article.

Do have thoughts on the re-writing of the Battle of the Crossings of Poros article that you reported as a problem and that we resolved as being real and legitimate?--DarkLantern 14:56, November 10, 2010 (UTC)

Yes like it is explained in my user page one of my project was to update pages with the dates in chronology, this including the Timeline of Arda but I will only update that page when I end all the First Age so that I can update it completly at last.

Like I told you before I had thoughts in writing the Battle of the Crossing of Poros page and had excellent info in some of my (legitimate) sources but with my project of fully completing the chronology left me a bit busy and so I do not think I'll do it so soon.

Thanks for the recommendations!

I hope you will expand on this page and make it into more then just one sentence. I also has no category. I hope you continue to work here.--DarkLantern 19:56, April 30, 2011 (UTC)

on your nazgul vs gandalf section: Boromir was defeated( according to the books) by uruk-hai archers. in the movies he was gored by three shots from lurtz22:48, March 21, 2012 (UTC) Rangerbowman23

Thanks for addinng that picture on my page, " Bow of the Galadhrim"

I like your templates and you can start using them wisely. List of Minor Battles in Middle-earth and War of the Ring Battles has not been merged because no has volunteered to merged it and reword it according to the way I decided it should be so done.--DarkLantern (talk) 02:39, February 26, 2013 (UTC)

I think your proposals are good. Then is also plenty for you to do here such as the merging and rewriting of List of Minor Battles in Middle-earth into Battles of the War of the Ring and Forum:Project: Tolkien Gateway and Wikipedia copies removal.--DarkLantern (talk) 08:28, February 28, 2013 (UTC)

Re:LOTR: War in the North

Yeah, but I guess it would be wise to ask a lot of users who play the game. I play the game but I haven't finished it yet, and I had a weird glitch once which is, I beated the Mount Gundabad level, but I had to do it again. :| I think it's because I was dying before  the cutscene showed. But I have no idea. It is kinda dissapointing that glitch happened since I was kinda excited to see Mirkwood and Radagast. :P Anyways, I don't edit here alot, since I have a lot of other work on another wiki. But when I can edit here and I see a mistake, i always fix it. Unless I'm lazy. XD I'm sorry this message had to be so long. :P Irnakk 16:20, March 16, 2013 (UTC)

After doing this, they will be listed in the Non-canonical section as they should be.

Because it is getting them listed in the Category:Characters sector which is for canon peoples only.--DarkLantern (talk) 09:35, April 1, 2013 (UTC)

Alrighty, I'll fix this. As for the locations I should probably create an individual infobox too, I guess. Or I could just fix the template's code in order to avoid it automatically categorizing the article as Character, something that is in fact a breach of our 7th minor policy ;). Winterz (talk) 19:56, April 1, 2013 (UTC)

What in the name creation are you talking about me ignoring stuff!? I am here all the time! With regards to List of Minor Battles in Middle-earth. You didn't follow the instructions for its reworking! Both List of Minor Battles in Middle-earth and War of the Ring Battles were meant to be merged into one article called Battles of the War of the Ring read: its voting discussion conclusion by myself there on November 13, 2011. Also, yesterday you edited other peoples userpages in violation of the rules! I should roll those back, I still may! Those people may not be here anymore but they could return wondering who messed with their Userpage. With respect to all you have contributed, I think you have a problem. What decisions!? Explain!?--DarkLantern (talk) 20:14, April 1, 2013 (UTC)

I do not agree with your nominating of Category:Wizards for deletion in favor of Category:Istari. This is an Common name and English language first Tolkien Mythology wiki. The issue was discussed in Forum:Naming standards. After a few months of deliberating, I DECIDED that Common-sounding names or English-sounding words with be the rule here see rule #7. It will be corrected! You want to contest be my guest but since this is rule, it must followed! You can't do a reverser on a rule just because some one person just doesn't agree; however, you want to talk about it I will listen. Yes, I probably should have attended to the situation before if I felt so strongly about enforcing the rules, but it was never got around to yet.

I've agreed with a lot of what you have done but their must be an order to things or the wiki WILL be a mess of whims, and it was a rule laid down before you came back to input.--DarkLantern (talk) 15:54, April 2, 2013 (UTC)

Yes, I agree one must go and it must be Category:Istari and the article Istari should be renamed Wizards with Istari mentioned, and with the issue of editing others Userpages, I'll let that slide, but please the NEXT TIME you have a similar idea or problem in that field of concern, PLEASE talk to me first about it!--DarkLantern (talk) 16:31, April 2, 2013 (UTC)

Category:Content should keep you fully employed

There was no need for Category:Categories once we got the standard Wikia top-level and 2nd-level categories. Look at Category:Content. -- Robin Patterson (Talk) 01:39, April 5, 2013 (UTC)

Thanks for the answer to Sting: what does it say on the blade!

Thanks for a quick, thoughtful response!  I'm unsure of the article.  And since this website won't put these edit windows on the same webpage as the article we're responding to, I can't think of what else you asked!

Dude -- It says "A Story of the Hobbits" right in the opening credits right after "The Return of the King"... as well as on the soundtrack, etc.  I'm not here to 'vandalize,' but to to enhance details like everyone else.

Re: The Return of the King

On your status here

Mr. Winterz, I am sure you now understand the rules and the importance of their enforcement so in light of you good conduct since violating some here and for your outstanding contributions since, and interest in the community her I am thinking about giving you the rollback rights you asked for. If you except, I will give them. Also, I'd like your support in a category redirect of Category:Kiwi actors to New Zealand actors see my reason Category talk:Kiwi actors.--DarkLantern (talk) 02:32, April 13, 2013 (UTC)

OK so you don't like my revision, but let me tell you why I fiddled with it. The first sentence of the description implies that we're talking about a dwarvish place here, not a elvish place. I was trying to make the distinction. It is misleading, please say it better. G36h7qbywu (talk) 02:04, April 15, 2013 (UTC)

Yes you can but if this is going to be a proposal that will affect the whole wikicity then it will have to be put into council (in the Forums), and will have to involve all active contributors and User:Robin Patterson and User:HiddenVale hopefully.--DarkLantern (talk) 02:32, December 10, 2013 (UTC)

I'm Jorge from Wikia's Community Development team. Thanks to our partnership with Monolith, we've got an upcoming opportunity with Shadow of Mordor I thought you might be interested. Some time in mid-may, we'll be doing a virtual event with some Monolith folks and we would love to invite you to participate.

It should only take a couple of hours over a few days and we can work with your schedule. During the event, you'll be able to check out some behind-the-scenes content related to Shadow of Mordor, and we'd love to have some experts attend the event. If this sounds like something you're interested in, let me know via email (jorge@wikia-inc.com) and I'll add you to our list and get in touch with more information as soon as it's available!

Retrieved from "https://lotr.fandom.com/wiki/User_talk:Winterz?oldid=143974"
Community content is available under CC-BY-SA unless otherwise noted.