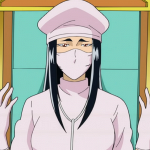 aka Goddess of the Totally Epic 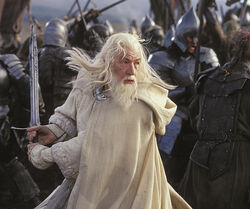 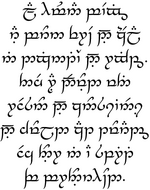 Welcome to the One Wiki to Rule Them All! We hope you can make continuing contributions of articles and/or discussion. Please consider adding a "Babel" template and a Lore template (if you have not already done so) to your user page so that others know which languages you are comfortable reading and what your current knowledge of our subjects is.

Keep an eye on the "recent changes" page, where all edits and their authors (anonymous or signed-in) are listed. Bookmark it, maybe, so that you see it at the start of every visit. (And help delete spam - unpleasant but a fact of life.)

See the Community Portal for some projects and things to do at this wiki and its Current Policies. You can add a category to your user page to find people from the same country. For instance, if you live in New Zealand ("Middle-earth"), you can add your name to Category:New Zealanders contributing to this site by adding that to your User page (in double square brackets). See the other categories in Category:Contributors for other countries, or create your own category.

Discussion of any aspect of the site, and enquiries, can be made at the Forums, or on the Talk page associated with each article. Sign and date your contributions there with four tildes ~~~~, so that readers know "who to talk to" and whether your message is still current. If you edit a user's Talk page, that user will get an alerting message when viewing the site.

It would help some of us to know how you discovered this site.

Consider tackling this problem: Forum:Project: Tolkien Gateway and Wikipedia copies removal. One User has managed it but we need others. Have a nice day.--DarkLantern 12:28, May 6, 2012 (UTC)

Look up templates help here or at Wikipedia or just look at how other similar Contributor templates are created exam: [[Template:American]] and make educated guesses on how to adapt it to make a Canada one. You'll need Canadian flag as well. Just don't save it until you have it right.--DarkLantern 12:40, May 6, 2012 (UTC)

How good is the Wheel of Time series, exactly? It's rare, quite long, and sounds interesting; that's all I know. HiddenVale (talk) 22:23, July 10, 2012 (UTC) (tell me if I'm getting annoying, I do have a rare interest in further fantasy stories right now.)

Hello, again, Lady of Doom. What exactly are the Kingkiller Chronicles? It's something you mentioned to me 2 months ago. HiddenVale (talk) 23:47, August 13, 2012 (UTC)

No, the rest DO matter. You see, none of those three series are pace-setters, and they're all, more or less, recent.

You must be more of a bookworm than I.

P.S. You were right about Elder Scrolls being in the 4 fantasy things that you like more than Wheel of Time; I contribute to ESWiki, but I'm mostly there to learn, not that I play the games, but Tamriel is a very big place, and from comes a lot of inspiration, in a way.

Pleasure talking with you,

Cut down the laughing, quit the ron-on sentences, it's oookaayyy.

And NO ONE has ever heard of... ....everything other than Elder Scrolls that you mentioned!

Say, I get it now! Those three books you mentioned were all written in CANADA. Wow, no wonder nobody's ever heard of them.

And, if you claim you have an "Encyclopediac Understanding" of the movies, the books, and Tolkein's other writings, and imply LOTR "doesn't matter"... ....that's sad.

And so the old - or young - hag rises out of silence to "finish off" a very old misunderstanding, eh? Ronon was a typo; I meant run-on, as in an overlengthy sentence. I most certainly would have not gotten "the boot", and you seem to not even remember my name; I just realized you left the message on my IP Address page!?? What??

And, you seem to not even know what XD means, as you had uttered that various times during that argument we had; it means LAUGHTER, unless you see it as screen-decoration. How should I know?

AND, you mispelled noob, it's newb. If anyone "gets the boot" around here it would have been your foolish self; DO NOT use f-bombs on Talk-pages of other people's property, even if it's expressing love for a book, which would be and is quite pathetic to do. Emitting a smile after every sentence isn't that wise in an "argument", especially XD-ing, at all. Understand? HiddenVale (talk) 04:30, September 7, 2012 (UTC)

Retrieved from "https://lotr.fandom.com/wiki/User_talk:Ultimate_Law_of_Kaitlyn?oldid=88742"
Community content is available under CC-BY-SA unless otherwise noted.