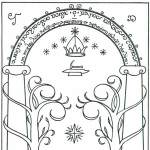 nonsense the rest dont matter :D and all of them have amazing pace setting lol and hmm if you REALLY want to call The Malazan and A Song of Ice and Fire recent (even though early 90s) then i guesss(?) XD and lol i only like Elder Scrolls more cause ive been playing it for like 10 years now lol fricking awesome games wish they had a mechanic though like Dark Souls or The Witcher 2: Assassins of Kings (both amazing fantasy rpgs) they both had a difficult mechanic for the gameplay :/ but we all cant have what we want XDUltimate Law of Kaitlyn (talk) 00:39, August 14, 2012 (UTC)

SInce DarkLantern is away can i contact you on my probs?

Im thinking of remaking the tolkien vs jackson page- I want to make a pae with all the changes in it instead of three separate pages for each movie as they are hard to find. Also About the minor battles of middle-earth page, would orc battles among themselves count- like teh isengaurds vs the mordor orcs and otehr such battles. An I am available mon- fri with this post being posted on Wednesday- so if you want to give me any monotonus tasks lie grammer editing r link updating im your man. Also im thinking of making a page that has all teh otehr pages in teh wiki listed alphabetically. Please contact me on these questions.

MILLIONS have eard of A Song of Ice and Fire and it was made in AMERICA infact its got even a HBO series scheduled for 4+ seasons wqith over 10 million per episode in ratings, the author of A Song of Ice and Fire (known as Game of Thrones) says he knows of The Kingkiller Chronicle (which i believe also american) and has won coutnless awards, The Malazan Book of the Fallen IS canadian though millions once again and nearly every hardcore reader (of atleast fantasy) knows it... so faulty and Lotr isnt even in my top 20... i fucking loooooooooove the world, the films, and The Hobbit and even The Children of Hurin but the actual books for specifically The Lord of the Rings is a tedious tripe and incredible dull while immensely well written, and i admire the interesting structure its okay and i didnt even like characters like Tom Bombadil and felt Faramire was 100% better in film as they wrote more dimentions so ya it doesnt matter while i love the films, world itself, and multible admirations i consider the actual book itself on how it is, very dullUltimate Law of Kaitlyn (talk) 23:09, August 15, 2012 (UTC)

Retrieved from "https://lotr.fandom.com/wiki/User_talk:HiddenVale?oldid=87395"
Community content is available under CC-BY-SA unless otherwise noted.