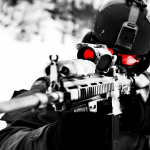 Artheleth was an Gondorian and an heir of Isildur. He was born in Fornost Erain although he was taken at the South for training. After finishing his training he was taken at the North. Soon he was second in command and his only higher ranked was Argeleb. He rejected the throne fearing that his end would come and decided to be only an General. He fought in many battles like Amon Sûl and Fornost. He was one of the few survivors of the onslaught making him respected through the ranks of the other Gondorians. After Fornost's destruction he fled to the South and built Cair Andros. Although he survived at the beginning of the Third Age his fate is unknown.

Retrieved from "https://lotr.fandom.com/wiki/User:George_Skywalker?oldid=252145"
Community content is available under CC-BY-SA unless otherwise noted.