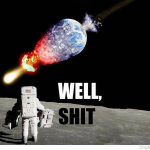 Heh, I is DarkIngRidley, the triumphant Maiar who has gone through many regenerations and resurrections and is now on his final regeneration. Therefore all the foes of the Light had best watch out for Manwe is coming and therefore all the cats in the Universe will be blasted to Oblivion and back!

In this Tweat Conjuror of Cheap Tricks, one may well see what exactly was going through Bungling Bilbo's mind when he tried to tell Gandalf that it was actually a fish out of water which manifested itself in the form of underage Orc soldiers and whether or not such a thing ever really happened in Middle-Earth or if it was in fact the unholy workings of the race of Men throughout the ages. Like it or not Sauron some candy treats are coming your way so you had better watch out!!!!!

A warning to all Wiki users: I am the greatest Dark Lord in all of History, I can consume more power than a Hobbit in a piggery, when put against all of the Nine they are futile, I can skive off work in more than a hundred little EMail!!!!

So this is what happens when Hobbits mate? It has already become clear, like it or not, on the werewolve's rampage that such things already happen when Wikipedia users become rampage and gigantic. Therefore your story may have walked past that window but you have never been taking time off to notice.

And how does one become a Dark Lord? Well that part is simple. Its basically an exam. Yep. That's right, Gandolt. An exam to determine whether one is pure evil enough to participate in a rap contest and win. For one never knows whether or not there were female Orcs and it is simple enough to say that there were in fact no female Orcs and that they either cloned themselves or were born out of the earth. For one cannot dis the fact that Glorfindel rules.

How about a Glorfindel vs Legolas??

One may be wondering what on Earth this has to do with User: DarkIngRidley, and I shall tell thee. It was all back in the mists of Time itself... In the Beginning there was User:DarkIngRidley, although not under his name there was. In the Beginning, then, one of the greatest Wiki Users rebelled against his former master. 'Suck your band,' he said, 'by means of virtue. I amend myself and gather unto thee a glorious army to conquer thou statistically. And to prove I am the best,' he said, 'why let's have a rap-off, I can pfff your pfffer without any help from the rfffpeeerfffer.'

And that he did folks. That he did.

DarkIngRidley survived that battle. But he would take on numerous, omniscient forms that nothing under his namesake would bellow for Sake.

In his true form, DarkIngRidley resembled a fearsome black Velociraptor with gigantic quills, feathery spines and glowing white eyes. For truth be told this Velociraptor was not a Velociraptor, a swift thief, at all. He was a god. And he ran, and he ran, and he ran... The Tyrannosaurus Rex did in fact. Nowhere near the Velociraptor. But then DarkIngRidley went through a number of numerous other forms. Some there are who have seen him standing high under the Domesday Book like there is no Manna under Heaven, and some say he resembles a man in a white suit. But to each his own.

The incarnations of DarkIngRidley; Initially he resembled a minor student with glasses and untidy black hair. Heh. This one was proudly studying at a Pig's Head and was known somewhat as DX3C5. Then there came a fatal bullet wound to his abdomen, and, thanks to the Maiar ability to cheat Death somewhat by an inch or two, he regenerated all his glowing cells and hey presto became a new Master named DDSDADS, but that was short-lived at the return and rat-run of his daughter. For there was nothing else left. Apart from gardening. That there never has been. But there always will be. DDSDADS plunged in front of his daughter on the planet Synthesizer in order to save her from a gigantic fly-trap. The fly-trap consumed him but spat him out because of the torch of his glowing cells. So the Maiar regenerated, and along came CARGATHAX, whom people universally despised.

The Bane of YouTube, or the Battle of the Republicans Mission Control: Attack Number One

A fierce debate raged on YouTube whilst Cargathax was king. He had returned as Velociraptor form, but with superspeed, so no-one knew where he could appear next. One could be viewing a vid about Bowie and up would come stupid Cargathax with a whole shitload of comments. That wasn't nice, you'd be thinking, and then the bad boy would throw it... Possibly with a bad girl named Arthenia90. But then Cargathax would also spout up shit about politics and human issues which no-one else gave a damn about, much to the disappointment and irritation of Cargathax. Therefore there seemed to be no end to the chaos engulfing YouTube and therefore a criminal mastermind was stuck up with a man named Rex Hammer. He was persuaded to ban Cargathax and his annoying shitty little comments about politics and Wind Waker seas ocean-world theme (a grand old comment which scored +40) from YouTube entirely by the government of YouTube. Sure enough this guy, Rex Hammer, came into YouTube and proceeded to pin Cargathax down and make him feel very small and insecure, and Rex took the name OVERLORDLS to avoid suspicion. His plan worked and Cargathax became so depressed amongst all the complaints and criticisms and half of YouTube ganging up against him which in a way was affecting his game. So Cargathax the Maiar pulled a pistol to his brains and blew his brains in.

Voldemort|Flesh of the servant, willingly given, you will resurrect your Master!

However, Cargathax's essence appeared in a bottle of Lemonade at the 7UP Store by Tower Bridge in London, being sold for a fiver. He had indeed survived. His essence was bought by a man who had himself been murdered... mentally. In other words Cargathax's essence was bought by a suicidal maniac who Cargathax immediately took advantage of and possessed. This possession of the suicidal maniac resurrected Cargathax in whole and in part until he could regAIN A NEW BODY, and therefore the evil whaler Korincus was born. The man Cargathax possessed suddenly became a highly efficient whaler, and thus whales were almost killed off... Oh, no!!!!!

However, cops came and bounced onto the scene, causing Cargathax to flee his host, exorcising him and leaving him with no memory of what had occurred. Thus Korincus ceased to exist.

The Lion is born

Cargathax's spirit travelled in some Vodka to Africa, where he found a black lion's corpse. Now, one doesn't usually see many black lions, so therefore Cargathax, the evil Maiar whose brain had been warped by the monstrous YouTube, thought it was worth a go. He possessed the lion, resurrecting him (albeit reanimation) and then travelled on a cruise liner to Europe and reentered the hearts of men on YouTube, much like Melkor did, wherein he reigns his handful of terror across the Dipmoods to this day. Heh heh heh heh heh heh heh!

Retrieved from "https://lotr.fandom.com/wiki/User:DarkIngRidley?oldid=68005"
Community content is available under CC-BY-SA unless otherwise noted.