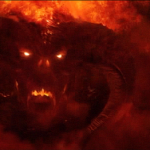 Hello ladies and gentlemen. The name is Alex, also known as WerewolfNightmare101, WN101 and so on. Pretty recently I had to re-update my page after being 4 years way from this favorite wikia of mine. I'm still here, it's just... well let's say that I had a massive adventure on the internet. Learning new films and games such as the liking of Halo, Zombies, Horror and of course, Fantasy.

Now in the past, I would like to say that I was indeed 11 years old when I came on this wiki (hence why I speak so odd before on the wiki), but I do indeed have a great sense of imagination and creativity, hence why I've made blog posts about things that should've been on the Fanon wikia... but since I really loved this wiki so much, I had them on here, but eventually they will be pasted on the Fanon wiki. It depends however, because now I am pretty busy with games and so on, but it will happen at some point. Let's say that whatever I did in the past that some may not like, let's leave it the past and move on the future.

After 4 years, now I am 14, this remains my favorite wikia and maybe the first wikia I've every contributed to. I still love Lord of the Rings, along with my other interests, and as much as I can, I'll still contribute as long as I can. I'm also thinking of re-locating some blog posts that are fanon like, onto the Lord of the Rings Fanon wiki, it can take a bit for it to be transported, but if I get the chance I'll do it.

Retrieved from "https://lotr.fandom.com/wiki/User:Alex_Lioce?oldid=155882"
Community content is available under CC-BY-SA unless otherwise noted.