The One Wiki to Rule Them All
Register
Don't have an account?
Sign In
Advertisement
in: Computer and video games
English

The Lord of the Rings Online (abbreviated LOTRO) is an online multiplayer role-playing game (MMORPG) set in Middle-earth during the time of The Lord of the Rings. It is based on information from J.R.R Tolkien's novels; as such, it deviates in small ways from Peter Jackson's influential Lord of the Rings movie series, although some of the game's imagery corresponds. It was developed by Turbine - now Standing Stone Games, a subsidiary of Warner Bros. Entertainment, Inc. - and first released in 2007.

Sierra On-Line first announced the development of a licensed, Middle-earth MMORPG in 1998. This caused some excitement among fans, who were awaiting The Lord of the Rings movies and was also slightly controversial for a few design decisions. The most debated design idea was the planned use of "permadeath": When a player character would die in the game, that character would be permanently dead (most MMORPGs resurrect a dead character with minor penalties). Sierra had financial troubles in 1999 and replaced the staff working on the game.

Sierra continued to confirm development on the MMORPG was progressing, but did not release any development details over the next few years. Vivendi Universal Games, the parent company of Sierra, secured eight-year rights to produce computer and video games based on the The Lord of the Rings books in 2001. Finally, Vivendi announced an agreement with Turbine in 2003 to produce Middle-earth Online (at that time expected to be released in 2004). In March 2005, Turbine announced that it had bought the rights to make massively multiplayer games based on Tolkien's literature and that Turbine will assume publishing duties on The Lord of the Rings Online from Vivendi. The release date was also delayed to 2006.

The release-to-public version of the game was called Shadows of Angmar, released on April 24, 2007. New characters started in either Ered Luin, the Shire, or Bree-land. Many new areas were added over the span of two years in the form of free updates, which filled in most of the current area of Eriador. This included the Player-versus-Monster Player (or PvMP for short) area of the Ettenmoors, where players could participate in player-vs-player combat by either taking their own character into the zone, or by creating a Monster Player, a character allied with the forces of Sauron. Monster Players could not normally leave the Ettenmoors, although an in-game bug was discovered that did allow "Creeps" out of the zone by circumventing the normal boundaries of the zone. This bug has since been fixed. Players could reach level 50. The main story was that a steward had taken up the Witch-kingn's seat in Angmar, and threatened Middle-earth from the North. The player's role was to unseat this new threat.

The first paid expansion, Mines of Moria, added the entirety of Moria, part of Lothlórien, and Eregion. Eregion was a free update released at the same time as Mines of Moria, and this was where players entered Moria. The rest of Lothlórien, including the city of Caras Galadhon, was added in subsequent free updates. Mines of Moria also included a new system of Legendary Weapons that could gain experience with the player as well as a yet-to-be-named "Hard Mode" feature that allowed players to reap additional rewards from instances if they completed some difficult challenge in addition to defeating the final boss. Also introduced was the controversial Radiance/Gloom mechanic, in which players were forcibly penalized with Gloom when entering an area "of particular danger." Gloom could be negated by obtaining armor that had Radiance. If the character had too little Radiance, or too much Gloom, he/she would cower and be unable to do anything. Two new classes were added: the Rune-Keeper and the Warden. The level cap was raised to 60. The story focused on the aftermath of Balin's failure to retake Moria. The player accompanies the Dwarves once again into the Mines to try to retake Moria from the orcs. The player follows in the footsteps of the Fellowship of the Ring, and is able to catch up to the Fellowship in Lothlórien as they rest after the fall of Gandalf.

The second paid expansion, Siege of Mirkwood, featured southern Mirkwood and the Dol Guldur instances. The Enedwaith area, south of Eregion, was later added as a prelude to the next expansion. Siege of Mirkwood featured the new Skirmish system, in which a player could instantly join a self-contained, scripted instance. Inside Skirmishes, players were able to summon a Soldier, an NPC who accompanied the player and fought with him/her. With the Skirmish system came instances that scaled by level, difficulty setting, and group size. The difficulty settings were finalized into 3 tiers for Skirmishes and 2 tiers for normal instances. The unnamed "Hard Mode" introduced in the Mines of Moria expansion was officially termed the "Challenge", and this Challenge was auto-bestowed on a character when attempting an instance on tier 2. Challenges were not granted for Skirmishes, but extra rewards could still be gained by completing Skirmishes on higher difficulty tiers. The level cap was raised to 65. The story continued as the Fellowship of the Ring left Lothlórien, and the player diverted to Dol Guldur to delay the inevitable attack by Khamûl's armies on Lothlórien.  One year later, The Lord of the Rings Online was also converted to a hybrid Free-to-Play system that restricted various gameplay options for Free players (these options were purchasable a-la-carte), but still allowed players to subscribe to remove all Free-to-Play restrictions. Notably, when Enedwaith was added, the Radiance/Gloom mechanism was removed due to overwhelming player feedback. The player began a new storyline focusing on the Rangers of the Dúnedain and their march south to meet Aragorn in Rohan.

The third expansion, Rise of Isengard, added Dunland (south of Enedwaith), the Gap of Rohan, and Nan Curunír (or Isengard). A new raid, Draigoch the Red, was added in Enedwaith early on, but later updates included instances in Isengard (including Orthanc itself, where the player could battle Saruman). The new "Instance Finder" feature was added, which allowed the player to set him/herself to fill a role in a group. Instance Finder would then locate other players who filled complimentary roles, and would place the players in a group inside a random instance. Instance Finder offered rewards for its use, including a Morale/Power boost, as well as a boost in the rewards gotten for completing the instance. The level cap was raised to 75. The player's story continued south with the Rangers of the Dúnedain until they met with Prince Théodred of Rohan. As the Rangers continued on to meet with Aragorn, the player fights beside Théodred at Isengard (and witnesses his death).

The fourth paid expansion, Riders of Rohan added mounted combat where you ride on special "war steeds", faster and sturdier than normal steeds, which you can fight from. The whole Eastemnet is added, comprehensive of six regions: The Wold, The East Wall, Norcrofts, Sutcrofts, Entwash Vale, and Eaves of Fangorn.

The fifth expansion, Helm's Deep, added Western Rohan to the game, divided into Broadacres, Stonedeans, Kingstead, the Westfold and the Eastfold. It introduced drastic changes to all the game classes' skills and traits, as well as the Epic Battle system, used to recreate the Battle of Helm's Deep.

The race of a character in The Lord of the Rings Online is nearly inconsequential, and mostly cosmetic. Each race starts its adventure in a different area of the world, and each has its own set of penalties/advantages. As the character reaches higher levels, these differences become of very little consequence. The different races are also granted a few different skills, some of which are fairly useful (others, not so much). Regardless, all races are granted a skill that transports them to an area appropriate to each race, usable once per hour. Humans can return to Bree, Elves can return to Rivendell, Hobbits can return to Michel Delving in the Shire, and Dwarves can return to Thorin's Gate in the Blue Mountains. Humans and Elves can ride horses, whereas Dwarves and Hobbits ride ponies.

Human characters can be from Bree, Dale, Gondor, or Rohan, but they start their adventure in Bree-land. Humans can play as a Burglar, Captain, Champion, Guardian, Hunter, Lore-master, Minstrel, or a Warden. They are known for their great part in the destiny of Middle-earth, their surprising strength, and how easily they are inspired. They also are known for their weak will, and are easily dominated. Perhaps the most notable racial skill that humans have is Strength of Morale, which heals them for a great amount.

Elven characters can be from Lindon, Lothlórien, Mirkwood, Rivendell, or Edhellond. Elves can play as a Champion, Guardian, Hunter, Lore-master, Minstrel, Rune-keeper, or a Warden. They are characterized by surprising agility and resistance to poisons and diseases. They also know that they will soon be leaving Middle-earth forever and are saddened by this. The most notable elven skill is Sylvan Shadows, which allows them to walk unseen, but very slowly. This stealth is not very good compared to non-racial stealth skills that other characters can earn, but the skill is passable if enhanced with equipment.

Dwarven characters can be from Ered Luin (Blue Mountains), Iron Hills, Erebor (Lonely Mountain), Ered Mithrin (Grey Mountains), or Ered Nimrais (White Mountains). Dwarves can play as a Champion, Guardian, Hunter, Minstrel, or a Rune-keeper. They are known for their sturdiness and stalwart nature in battle. They are also known for their bumbling clumsiness, and they also know their time in Middle-earth is limited. Their most notable skill is Endurance of Stone, which mitigates a large amount of damage for a few seconds.

Hobbits all come from the Shire, but can be from different clans: the Fallohides, the Harfoots, or the Stoors. Hobbits can be a Burglar, Guardian, Hunter, Minstrel, or a Warden. They are known for their surprising vigor and courage. They are also small in stature, and so are not as physically powerful as other races. Hobbits have several unique racial skills, the most notable being Hobbit-silence. This skill allows the Hobbit to feign death, immediately ending combat and causing any nearby enemies to ignore the "deceased."

In the latest update, the Beorning race was added.

In a similar approach to many Massively Multiplayer Online realms, The Lord of the Rings Online retains a class based system. 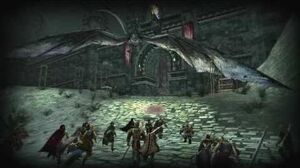 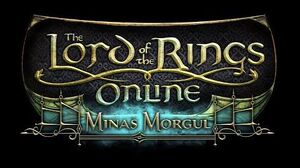