Middle-earth: Shadow of War is a third-person action role-playing video game developed by Monolith Productions and published by Warner Bros. Games. The game was released on October 10, 2017 for Microsoft Windows, PlayStation 4 and Xbox One.

The game is set to fill the gap between The Hobbit and The Lord of the Rings, and is a sequel to 2014's Middle-earth: Shadow of Mordor. Once again, Talion and Celebrimbor are the main characters and the plot revolves around the forging of a new Ring of Power by the pair and their quest to stop Sauron's new conquest of Middle-earth.

Shadow of War continues the narrative from Shadow of Mordor, following Talion, who is still infused with the power of the Elf Lord Celebrimbor. Talion forges a new Ring of Power, which Celebrimbor believes could be controlled to avoid becoming a Dark Lord and instead become a powerful king. Talion, who is not as interested in power, believes that Celebrimbor`s cause is just and they both decide to face Sauron and his Nazgul, who have returned to Mordor. 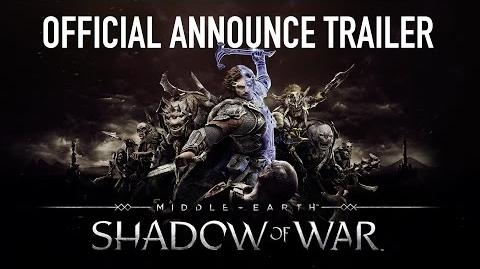