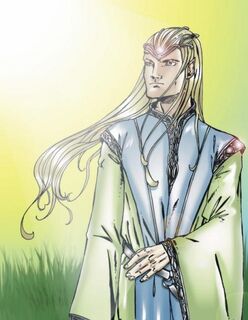 He was the first of the Vanya to travel to Valinor with Orome. Loving its beauty and bliss he returned to his people and urged them to undertake a journey to Aman. He and his kin were fascinated with the Valar, and they decided not to return to Middle-Earth. The Mindon Eldaliéva in Tirion was built in honor of him.

Retrieved from "https://lotr.fandom.com/wiki/Ingw%C3%AB?oldid=30051"
Community content is available under CC-BY-SA unless otherwise noted.