The One Wiki to Rule Them All
Register
Don't have an account?
Sign In
Advertisement
in: Orcs, The Hobbit Characters, Deaths in Battle,
and 2 more
English

Golfimbul was a goblin chieftain of Mount Gram, the fortress of Goblins in the Ettenmoors, who led his band in an invasion of the Shire. He was defeated and beheaded at the Battle of Greenfields by Bandobras "Bullroarer" Took. The manner of his death at Bullroarer's hands is said to have inspired the game of Golf.

In TA 2747, Golfimbul led an army of Goblins from Mount Gram in the Misty Mountains into the Northfarthing of the Shire. This invasion of the northern Shire occurred during the reign of Arassuil as Chieftain of the Dúnedain, and the goblins led by Golfimbul were but the most western pack of goblins which had left the Misty Mountains. The only reason Golfimbul could make it all the way to the Shire was that the Rangers at the time were fighting many battles with goblins, preventing them from settling all of Eriador.

The goblin-host was defeated by a troop of Hobbits led by Bullroarer Took. According to the narrative in The Hobbit, during the battle Bullroarer charged the ranks of the goblins of Mount Gram and with a wooden club knocked Golfimbul's head clean off, sending it sailing a hundred yards through the air and down a rabbit-hole, thus winning the battle. Golfimbul would unwittingly give his name to the game of golf, which was invented by Took's actions at the battle.[1][2][3]

In Peter Jackson's film The Hobbit: An Unexpected Journey, Gandalf relates to Bilbo the story of how Bullroarer Took defeated Golfimbul before the Company leaves Bag End. It is implied, however, that some historical embellishment may be at work. 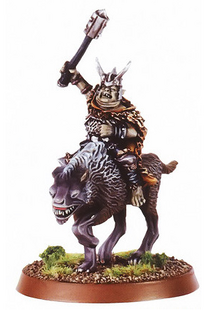 Golfimbul Mount on a Warg 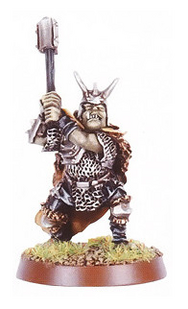 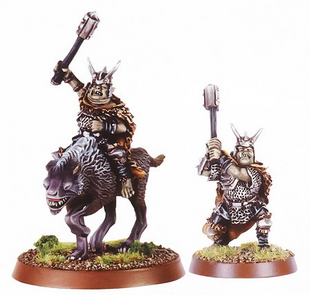