Born of Hope is a non-commercial production created for free internet streaming for film fans worldwide.

It was made purely for entertainment purposes, for keeping the storytelling history of Middle-earth alive. The film had an original budget of £8,000, which was all of filmmaker Kate Madison's life savings, but through online fundraising received an additional £17,000, bringing the total up to £25,000. Directed by Kate Madison, and written by Paula DiSante (as "Alex K. Aldridge"), the original idea formed in 2003 when Kate Madison wanted to send a film to a Tolkien Fan Film Exhibition. However, from a small spark the idea grew into a hugely ambitious project.

In April 2006, a test shoot was completed filming a collection of scenes and a teaser trailer produced. Principal photography started in July 2008 and continued throughout 2008 and 2009. The film was released on December 1, 2009. By the end of 2017, the film had been viewed just under 42 million times on YouTube.

A scattered people, the descendants of storied sea kings of the ancient West, struggle to survive in a lonely wilderness as a dark force relentlessly bends its will toward their destruction. Yet amidst these valiant, desperate people, hope remains. A royal house endures unbroken from father to son.

Near the end of the Third Age of Middle-earth, the power of Sauron was great, and few things were more important to him than the destruction of the Dúnedain and the ruining of the line of kings. The opening scene begins with a ragged group of travelers besieged by Orcs, who are swiftly rescued by a small group of rangers led by Arathorn. The refugees are taken to Taurdal, the village of Arathorn's father, Arador. Arador begins his campaign against the gathering orc bands in the north, and sends Arathorn to find the motive behind these attacks; the Orcs were definitely working for Sauron, but their true motive was unknown.

Arathorn discovers that they are searching for the Ring of Barahir, and therefore the royal bloodline. Arathorn and Gilraen fall deeply in love, and win Arador's blessing, but Arathorn is too timid to ask Gilraen's father for his daughter's hand. Eventually he overcomes his fear, begs for her hand in marriage (which is given reluctantly), and the two are married. A year later, when journeying through the Coldfells, Arador is killed by a Troll, making Arathorn the chieftain of the Dúnedain. In this year, Aragorn, son of Arathorn, is brought into the world. Elladan and Elrohir arrive in Taurdal with news from Rivendell; Elrond knows that danger is drawing near, and asks that Gilraen and Aragorn be taken to Rivendell for safekeeping. Before a decision is reached, Orcs attack the village, and many are killed; in a pursuit against the orcs, Arathorn is mortally wounded. After his death, Gilraen takes her child, under the protection of Elladan and Elrohir, to Rivendell.

The film focuses on the lives and hardships of the Dúnedain of the North and their constant struggle to survive.

This hour-long original drama is set in the time before the War of the Ring and tells the story of the Dúnedain, the Rangers of the North, before the return of the King. Inspired by only a couple of paragraphs written by Tolkien in the appendices of the "Lord of the Rings" it follows Arathorn and Gilraen, the parents of Aragorn, from their first meeting through a turbulent time in their people's history. The majority of the film was shot in the West Stow Anglo-Saxon Village in Suffolk, England.

Forest scenes were done in Epping Forest, and much environmental shooting was done in Snowdonia National Park.

Differences between book and film

The film follows the books in many ways: Arador is killed by Trolls, Arathorn is chieftain only two years before being slain, etc. One difference, however, is that Tolkien specified that he was shot in the eye, whereas the film has him stabbed there with an arrow pulled from his chest. The change for the film seems to have been made for purposes of drama.

Since its release on the internet, Born of Hope has received world-wide attention for its impressive production values on such a low budget of £25,000.

Wendi Ide of The Times newspaper gave the film a 4 star review, ranking it higher than some of the Hollywood films also listed. 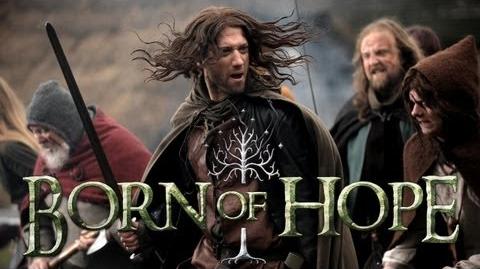 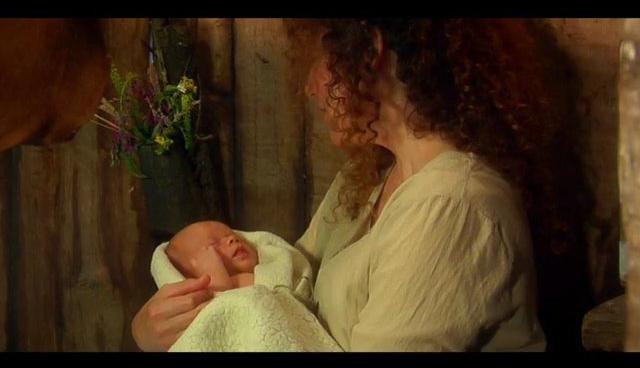 Retrieved from "https://lotr.fandom.com/wiki/Born_of_Hope?oldid=258715"
Community content is available under CC-BY-SA unless otherwise noted.