What's on your mind?

What are everyone's thoughts on the disfavor toward Rings of Power?

And I am thinking of starting the books with Silmarillion. Do you think it's good to start with?

While I always see Sun imagery as cool, especially with blue and gold colors, I never thought Numenor to have it. Sure the race of humans awoke with the sun so the sun is probably an important symbol for humans, but I expected Numenor to have either a white tree, the Star of Earendil, or some marine imagery in its flags and armor. So a sun feels weird to me.

Does anybody think or know if Tolkien used floriography references in the books (idk why he would but it would be cool). Maybe there is a reason there are snapdragons and sunflowers in Bilbo's garden??

San Diego Comic Con is next week, and Fandom will be there! We're looking to get some press time with cast/crew of the upcoming series The Lord of the Rings: The Rings of Power.

What questions would you like to ask about the series? Anything you'd like to know more about? Drop a comment here and I'll take them to SDCC!

[Edit] Thanks for your questions! Check out the SDCC interview here. https://www.fandom.com/articles/lord-rings-power-hidden-character-details

‘The Lord of the Rings: The Rings of Power’ Cast Reveal New Character DetailsFandom

(edited by KylaraE)
The Lord of the Rings: The Rings of Power
I couldn't be more excited.
I'm a bit hesitant, but hoping for the best.
I'm worried that amazon will butcher it.
NOOOOOOOOOOOO absolutely never
Absolutely not happy and could throw a table acros

Okay. So Ive been listening to and reading the novel of the Return of the King, and it says that aside from Merry's Barrow-blade of Westernesse, 'no other blade ' could've harmed the Witch-King during the Battle of Pelennor Fields. However, this begs the question: what about Glamdring and Andurìl? This passage in the book seems... strange to say the least. I say that because both swords are extremely powerful and of great reverance, and have cut down or pierced foes that are FAR MORE POWERFUL than the Witch-King; Narsìl/Andurìl bested Sauron, and Glamdring bested the Balrog, respectively. Narsìl/Andurìl also has an unbreakable enchantment on it thanks to its sheath from Lothloríen, making it the strongest blade in Middle-Earth. While the same can't be said of Glamdring, it is still powerful enough to slay the Balrog in combat without breaking or disintegration, which is all the more impressive, given the fact that the aforementioned creature was a corrupted Maiar, the equivalent of angels in Middle-Earth.

(Although the novel doesn't explicitly say Glamdring was used during the Battle of the Peak, it can be assumed since Gandalf still had the sword with him during his resurrection, and wielded it throughout the rest of the War of the Ring).

So, with all this in mind, I think it can be safe to assume overall that Glamdring and Andurìl could also deal harm to the Witch-King

Therefore - would Galadriel’s Phial, or merely her presence, turn these trolls to stone?

Exclusive First Look at the Orcs From Prime Video's The Lord of the Rings: The Rings of Power - IGNIGN

(edited by administrators)
The Lord of the Rings: The Rings of PowerOrcs

Happy Pride Month! This month, Fandom is recognizing LGBTQIA+ representation in media including characters and storylines, LGBTQIA+ cast and crew who create the content we enjoy, and LGBTQIA+ members of our wiki communities.

Check out how Fandom is celebrating Pride Month in this blog post.

Fandom is hosting a series of roundtable discussions for Pride Month on Discord, and community members are invited. We'd love if you'd join in to discuss these topics with us!

Roundtable about LGBTQIA+ Icons and Activists

Hope to see you there!

How did you find or discover the entire story/lore of jrr tolkien's work? 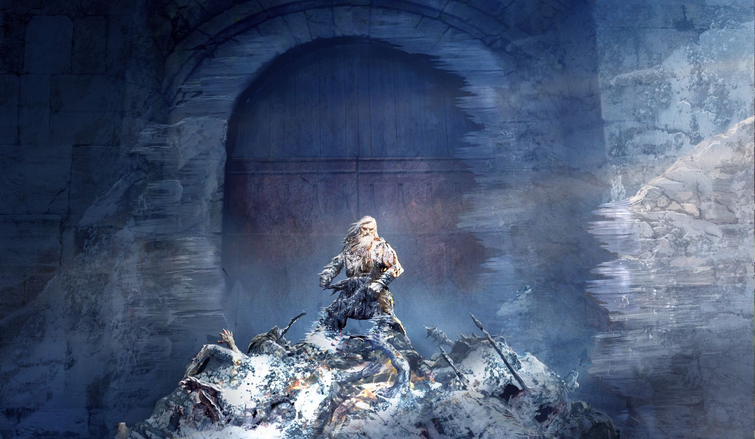 (edited by administrators)
The Lord of the Rings: The War of the Rohirrim

He had a very good opportunity to get the ring, as the ring was literally on Frodo's finger.

Why do dwarves and elves hate each other and not mankind?

Help us grow The One Wiki to Rule Them All